Do We Trust This Woman With Even More of Our Money? 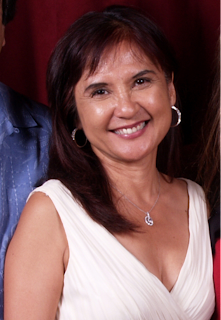 Last year I thought NOTHING could be more depressing than seeing Lorri Galloway ooze her way back into her City Council seat, enabling her to drain even more of the life blood from Anaheim's citizens. Oh, don't hold back, Cynthia, tell us how you REALLY feel. But before the final votes were counted, my beloved Mother In Law was diagnosed with Ovarian Cancer, and I found the one thing that could devastate me worse than Anaheim politics. So for those who have been asking, no, I did not give up on Council Watching. I just had a heart to mend, and an estate to close out. But we are approaching the one year Anniversary of losing my beautiful Marianna, and it is time to get back in the game. So for all you No On Galloway fans, we are back.

How has Lorri been surviving in this down market? While non-profits are overwhelmingly reporting lost revenue, Lorri seems to be doing just fine with the Eli Home. Let's take a look at some of the reported donations to the Eli Home, a non-profit of which Lorri Galloway is Executive Director, and from which she derives her income. These donations were listed on the Eli Home website (link above) for the year 2008:
Anaheim Police Association
Anaheim Firefighters Association
**Galloway has openly and for the record advocated to greatly expand pay and benefits for public safety workers, while jobs in other areas of the City remain unfilled. Anaheim public safety personnel are already some of the best compensated in the region, but she routinely demands more, from a budget hemorrhaging from losses. But I am sure that is a simple coincidence that those groups donate to her non-profit and walk precincts and put up signs during the election.
Anaheim Public Utilities (uh...aren't they under her authority?)

Kenwood Investments LLC (the developer in negotiation with Redevelopment for the Packing House block. City Council serves as the Redevelopment Agency, and she will be called upon to vote for or against this developer)

Regent Development OC LLC (they have submitted plans for the Convention Center expansion, to be determined by City Council. I can see your surprise from here)

Sheldon Group (consultants who represent developers all over the city, with plans up for approval from City Council)

Now this is only a partial list, the website has 2 pages worth. These are just the names that jump out at me in a quick glance through the list. I assume that Galloway got some sort of ruling out of Jack White that it is OK to collect donations for the non-profit from which your personal income is derived from people doing business with the City. And perhaps the FPPC has ruled that it is OK, although I will be finding that out for myself. But in the end, being within legal limits is not the same as doing what it right. Looking over these donations, ask yourself, is this someone you trust to have not sold her vote? Because now Galloway wants to run for County Supervisor, where she would be swimming in an even bigger pool of our money, with even larger stakes for special interests. Is that an office we want to send her to? I 'm thinking NO.

Posted by colony rabble at 9:38 AM

I have a book that White's office made that is given to elected Council Members as a general reference guide to the legalities of certain actions. I'll let you borrow it. How's your next week tues or weds?