4th District Race Heats Up in Favor of Daly 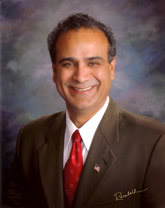 Well here is an interesting development. Anaheim City Councilman Harry Sidhu is inviting folks out to his home for the 4th Annual India Independence Day celebration, and Kick Off for his run at the 4th District County Supe seat. Now, I have always found it to be poor form to have a campaign event in an area other than where one is running, but this one really takes the cake. To essentially announce to the world that Harry does not live in the 4th District, but hey, come on over and party anyway, is just plain tacky. Harry is not even pretending to carpetbag. He claims he will be obtaining a home in the District, and will retain his home (the Yorba estate is one of the largest private residence properties in Anaheim Hills) as his vacation home. Yeah right. Asked if his family would leave their very private, very gated estate to join him in the 4th District, Harry hemmed and hawed and dodged the question. Like Gin Sidhu is really going to move shopping carts out of the driveway to come home. Not buying it, and Harry, stop asking me for money. This is the 3rd office he has gone after in a year, and on the slim chance he is elected as County Supe, I have no doubt he will simply go after another office immediately afterward. Harry, Public Service means you serve us, not the other way around.

In other County Supe news, Lorri Galloway had recently (and arrogantly) told Red County Blogmeister Matt Cunningham that she would be the ONLY Dem in the race for 4th District. Asked about that OTHER Dem running for office, Tom Daly, her answer was, "If I were him, I wouldn't, and I'm going to do everything I can to get his endorsements." Poor Lorri, believing the press spin she has created. Sorry girlfriend, but Union support and public support are not the same thing. Did you really think that the adoring crowds who worship at your feet during Union protests in the Resort are Anaheim voters? Did Ada Briseno not bother telling you that they were bussed in from Los Angeles, most do not actually work for the Anaheim Resort, and none of them can vote for you? Sorry, guess I let the cat out of the bag. Seems as of this morning, Daly is pulling in some north county endorsements from Democrat politicos that are disinclined to acquiesce to Lorri's request. Means No. Oh and in case anyone is keeping score, Lorri is another Hills resident who does not live in the 4th District.

In the event Sidhu and/or Galloway actually rent apartments here, (They could share a lease, maybe. Not a hardship, since neither will ever see each other in the condo) and should they actually deign to sleep in those apartments, it does not give them the same insight to the day to day issues that residents of the 4th District face, challenges that are frequently unheard of in the Hills. The candidate who does best understand those issues is the man who grew up here in the flatlands. That would be Tom Daly.
Posted by colony rabble at 9:09 AM