The Governor announced this week to eliminate General Fund support for state parks. There is a budget hearing on the proposal next Tuesday, June 2. If you do not agree with this move, your legislators need to hear from you. Our friends at the State Parks Foundation have set up this online action alert: http://www.calparks .org/stopclosure s Please send a message to your legislators. There is a great fact sheet listed at the bottom of this email about what the budget cut means to us and our State Park system.

2009 STATE PARK BUDGET CUTS & CLOSURES FACT SHEET AND FREQUENTLY ASKED QUESTIONS On May 21, the Governor's office announced a proposal to "eliminate the General Fund support for state parks." On May 26, representatives of the Department of Finance indicated that, specifically, the proposal is to take $70 million of the Department of Parks and Recreation's (DPR) General Fund allocation in the 2009-10 Fiscal Year (which starts July 1, 2009) and the remainder of their General Fund – another $73 million – in the next budget year, FY 2010-11, for a total removal of $143 million. Those representatives also indicated that the cuts will result in closures of as much as 80 percent of the state park system, approximately 223 state parks. • The state park system receives an annual General Fund allocation of approximately $145 million, less than 1/10 of one percent of the entire state budget and less than .62 percent of the estimated $24.3 billion budget deficit. • Last year's proposal to close 48 state parks and reduce lifeguards from 16 popular state beaches was soundly rejected by tens of thousands of Californians across the state. The present proposal, to gain $143 million in "savings" is 10 times larger than last year's proposal to save $13 million. • State parks have an economic multiplier effect in many communities that are already struggling in the current recession. For every $1 spent supporting the state park system, $2.35 is returned to the state's General Fund through purchases in local economies and in the state parks themselves by park visitors. Given that "economic multiplier effect, the proposal could cost the state as much as $352.5 million in potential revenue ($150M x $2.35 = $352.5M). • In 2008, almost 80 million visits were made to state parks by Californians and tourists to enjoy the natural, cultural and historic values in our state parks. • The Governor's proposal will severely impact Californians, particularly in these tough economic times. State parks are more popular than ever with the public and have experienced a record number of camping reservations this summer. This year, more than 25,000 nights have been reserved for camping reservations, compared to 20,700 in 2008 and 19,7000 in 2007. Q &A Q: Does this recent proposal mean that state parks will be closing? Representatives of the Governor's office have said that in order to gain the General Fund savings, as much as 80 percent of the state park system may be closed, which is approximately 223 state parks. It is important to remember, however, that this cut to state parks funding is a proposal from the Governor. Any budget changes must be approved by the Legislature, and we don't yet know if the Legislature will agree with this proposal. Q: Which parks are closing under the Governor's proposal? At this time, we do not have a list of specific parks that will be closed. A list may be made available after May 28. Q: How quickly will state parks be closed? Neither the Governor's office nor the Department of Parks and Recreation (DPR) have announced the timing of any closures, if the Legislature adopts them. It has been widely discussed that the Legislature and Governor need to agree on a new budget by the beginning of July. Media reports have indicated that the DPR does not plan to close any state parks until after Labor Day. But it's nearly impossible to pinpoint the date when a new state budget will be in place and whenand if any state park closures are part of the budget. Q: Will day use passes/annual pass still be valid? Right now, the passes will still be honored at state parks for day use and Californians should continue to visit and enjoy our state parks. If park closures do begin, it's likely that the passes will no longer be valid for most state parks. Q: How can Californians help save our state parks? You can visit www.calparks. org/stopclosures to send a message to your legislators and the Governor. Advocates can also go directly to the SOS campaign web site at www.savestateparks. org to get the latest information and officially register opposition to this proposal. Once you've signed up, you'll receive information about calling, faxing and writing your elected officials and the Governor to make your voice heard on this proposal.
Posted by colony rabble at 5:06 PM No comments: 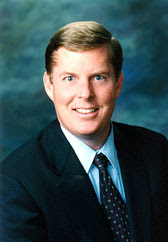 OK, Lexie would kill him, but I would campaign to send Curt to Sacto and clean up this mess.
A very enlightening interview with Mayor Curt Pringle on Fox News.

http://www.youtube.com/watch?v=kIhiH0biEhQ
Posted by colony rabble at 9:25 AM No comments: