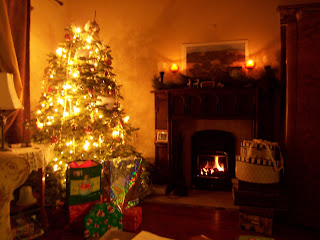 Wishing you all a very Merry Christmas and a Wonderful New Year!

From the Ward Family
Posted by colony rabble at 1:03 PM No comments:

The State is Getting Us A Choo Choo For Christmas

I will include more details in an upcoming post, but for now I will refer folks to the post I ran at Red County regarding High Speed Rail, and its impact on Anaheim. http://www.redcounty.com/a-train-christmas/35163

I am off to finish last minute shopping...at the GardenWalk.
Posted by colony rabble at 1:24 PM No comments:

Shopping for Someone to Blame at the GardenWalk

Today's Register covers more than one tragedy. The first is the report that "The Shops at GardenWalk" has defaulted on their sizable loan, and may face foreclosure. Let's face it, no bank wants a shopping center on their hands, so I hope they are able to work out a deal on the payments. I happen to love the GardenWalk, I love the shops, I love the restaurants, and their movie theater has spoiled me for anywhere else. Those who complain about its stark concrete have clearly not been there recently, as the center has grown out of its "new construction" look, and the greenery is filling in beautifully. If you have not visited lately, brave the parking garage (yeah, its disorienting, but its not brain surgery, and they have been working on signage) and go do some last minute Christmas shopping with deeply discounted quality merch and (sadly) no crowds.

The second great tragedy of this story was that the Register chose to interview Coucilwoman and wine bar owner Lucille Kring of all people for feedback. As usual, Lucille plays the blame game, laying the fault for her poor business decisions on the shoulders of the GardenWalk. Councilwoman Kring claims the management of the center somehow tricked her into signing a lease for a bad location. Once again, Lucille fails to think ahead, regrets a poor choice, and then blames others to excuse herself. Lucille, the reason your business is failing has nothing to do with the center you are in. Before opening a wine bar, or any other endeavor in the hospitality industry, one should actually LIKE people, and want to welcome them. Abrasively insisting that others concede to your wishes, whether it is what they want to do or not, does not make for good public policy, and it sure doesn't sell wine.  "If we had a crystal ball, we wouldn't have signed the lease", she says. Well, lots of folks are successful in business, without the use of crystal balls. We use a little something called common sense. The people of this town did not need a crystal ball to see that the SunCal deal, which benefitted Lucille's best developer-buddy while shafting the rest of the city, was a bad idea. Had we gone with the unholy trinity of Kring, Hernandez, and Galloway, we would have sacrificed the potential of a TOT generating property, and been left with a half-finished construction project, abandoned when SunCal went under. But run into her today, and she will tell you she never would have voted for that project (then why did she?) and that she had a compromise. Well the time to demand a compromise from a developer is BEFORE you approve their ill-conceived project, and the time to negotiate a better space in a center is BEFORE you sign the lease!

Lucille's judgement is not to be trusted, but it has nothing to do with an otherwise delightful shopping center.

Posted by colony rabble at 10:37 AM No comments:

So it's not exclusive to Anaheim, but I just stumbled across this blog and have to share. Love it.

http://reaganiterepublicanresistance.blogspot.com/
Posted by colony rabble at 1:39 PM No comments:

Have Yourself a Strip Mall Little Christmas 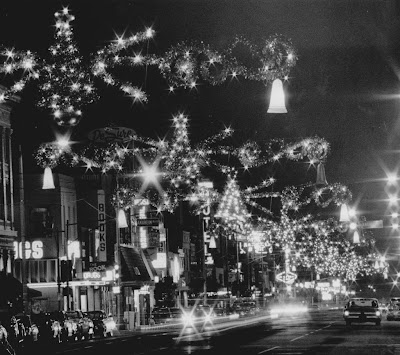 For your amusement, we have photos of Lincoln Avenue in 1971, courtesy of the Anaheim Public Library's History Room. These shots are Lincoln and Anaheim Blvd, and Lincoln and Lemon Street. No, our little Vons Center that now occupies the space is not an aesthetically pleasing substitute for the donwtown we once had. On the bright side, they do bother to decorate it, so we will take our victories where we find them. 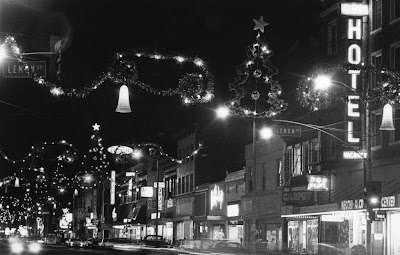 Tuesday night's City Council meeting was an interesting mix of celebration and tragedy. The opening segment featured the winners of the Anaheim Beautiful Christmas Lights contest, and it was incredible to see the efforts folks put into their homes, even with the economy being the way it is. See the winners at http://www.anaheim.net/article.asp?id=2084

Once the awards were given, the frustration began. Anaheim faces a $6 million budget shortfall this year. Of that $6mil, half of it will be cut from Community Services, which manages parks, libraries, etc. The head of Community Services, Terry Lowe, is a good man, who truly cares about his staff and his community, and this has to be killing him. Terry understands his payroll is not made up of numbers on employee badges, but names, and people, and families, and mortgages, and at this time of year, Christmas presents. Members of the unions who represent our employees packed the Chambers, begging for their jobs. Members of the community came to speak about how hard these people work. I do not think anyone in that room is saying that staff does not deserve their jobs, everyone gets how hard they work. The issue is how to cover those paychecks once they are written. Six million bucks is a lot of change to scrounge out of the couch cushions, and I do not envy the City Council, or the Department heads right now. Everyone wants to keep these folks working, the frustration is funding the funds. Kudos to City Council for stopping to respond to Public Comments, and reassure these workers that they are not cutting willy-nilly.

Then the frustration really began. For decades our Redevelopment staff has been issuing Rehab Loans, to homeowners in need of money for improvements. The loans carry a low interest rate, and are "silent seconds", paid back at the time of refinance or sale of the property. As the loans are repaid, the money is cycled into more loans, which regenerates improvements in perpetuity. But at least three of our Council members instructed staff to look into shifting the loans into grants. They wanted to give away home improvements valued at $10k each, to homeowners whose properties had a "high percentage of code and graffitti problems."
http://www.anaheim.net/docs_agend/questys_pub/MG25543/AS25582/AS25585/AI28877/DO28889/1.pdf
Eventually the fund would be depleted, in an economic environment when that money will not be replaced by other sources. Council members Kring, Hernandez, and Sidhu all copped to suggesting this, which surprised me since it sounded like a Galloway scheme. I admit it, I fear for our City when Curt Pringle leaves, as he was the only one who caught this insanity, pulled it from the Consent Calendar, and wrestled it to the ground before killing it.

It would be kind of fun if we could figure out how to take those Community Service employees, many of whom specialize in laying sod, planting trees, painting buildings, fixing lights, and put them to work improving the neighborhoods that need the rehab money.
Posted by colony rabble at 3:37 PM No comments:

Moving To The Big Time

Because I have such copious amounts of spare time on my hands, I am now raising Cain over at Red County as a political blogger. http://www.redcounty.com/anaheim-newbies/34435

Come make trouble with me, the grown ups are letting me play with their toys.
Posted by colony rabble at 5:05 PM No comments: 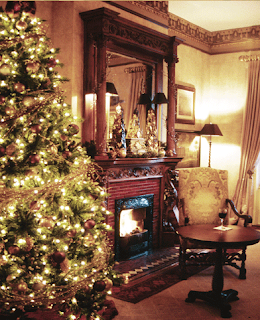 Anaheim celebrates Christmas in a BIG way, in all of our neighborhoods. Coming up this weekend, we have the Downtown Anaheim Nutcracker Tree Lighting, on Center Street Promenade, Saturday, December 5. The event begins at 10 am with a street fair, and crafts for the kiddies. The tree lighting is from 6-7 pm. The event is FREE and you can check the site for details at http://www.downtownanaheim.com/.

For those on the West side, the 12th Annual Tree Lighting is scheduled for 6pm, Friday the 4 at Twila Reid Park, 3100 W. Orange Avenue. RSVP to wandtreelighting@yahoo.com

Also Friday night, at 6:30 pm, the Anaheim Historical Society invites the public to the Annual Victorian Christmas celebration at the historic Woelke-Stoffel House. The Queen Anne Victorian mansion has been decorated for the holidays, and the AHS is offering a selection of desserts and beverages, with historic holiday cheer. Non-members are invited, come see the work AHS does in the community. Gifts will be available to purchase for that history lover on your list, including Sesquicentennial blankets for those who missed them, Steve Faessels books on Anaheim, and of course DVDs of Huell Howser's visit to Anaheim with yours truly. The event is FREE, donations and new memberships always accepted. The Woelke-Stoffel house is located at 418 N. West Street, between Lincoln and Sycamore. On street parking is available, with a drop-off point for those with mobility issues.